Bloodhound is probably the most effective tool for auditing Windows environments, used by both red and blue teams alike.

But have you heard of Bloodhound for Linux? Let’s expand a bit.

During engagements in Linux environments it’s easy to retrieve an OpenLDAP dump, also known as a LDIF file. Once any computer member of the LDAP has been rooted (or if you previously retrieved an account and its password) it’s then possible to directly query the directory information service and to retrieve the public information it contains:

This is basically the same as using ADExplorer or Sharphound with a domain account.

The retrieved data is similar to what you’d get in an AD environment: users, groups, computers and relations between these.

The LDIF contains a list of entries which describe the attributes of the entity. I’ve added a minimalist sample LDIF to play with.

In this example, John Smith, whose account is jsmith, is a member of the databaseadmins group, which has SSH access to both computers DB001 and DB001_repl.

There are various formats of LDAP, so yours may (will) require a bit (a lot) of tuning in the conversion script.

It basically boils down to creating and populating three lists:

These lists are then formatted to a series of bloodhound-compatible cypher queries:

They are then easily fed in bulk to neo4j:

And here is the result in bloodhound: 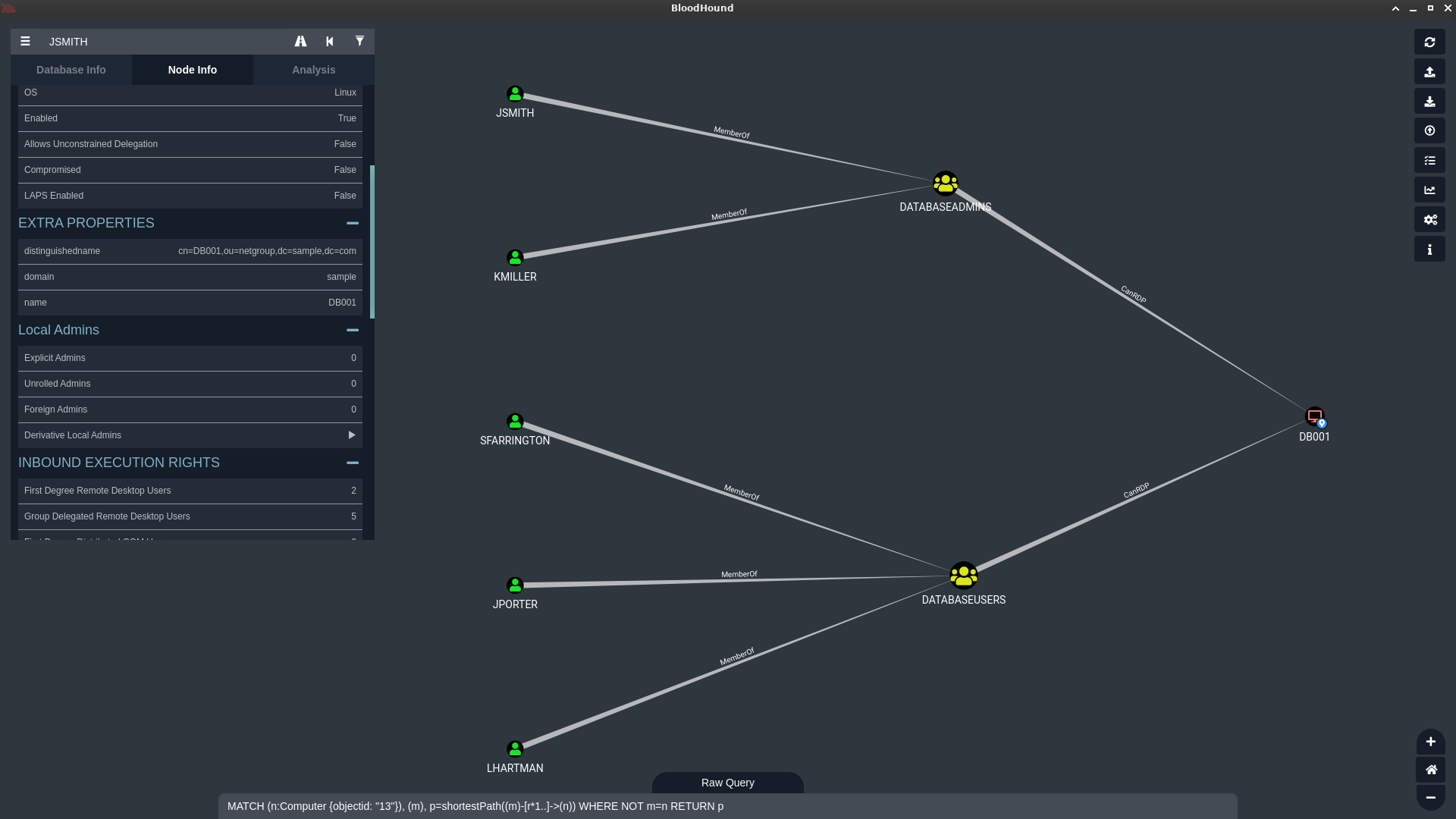 And voilà, you may now explore an LDAP dump as a graph, which is so much more convenient that reading a list of lists.

The full conversion script is found here. It may or may not be very hacky and ugly!

This leans on the blue team side of things because it requires root access on all machines, but it’s possible to retrieve all private and public keys on all machines and create further relations between computers.

If say a private key is found on a server, and the matching public key is part of the authorized_keys of another computer, then a new relation can be created between the two:

Implementing this in the script is left as an exercise for readers ;)